As I was asking folks which booth was their favorite,
the overwhelming majority said Commander Ben with a smile.

I have been so busy finishing up eighth grade that I have not had a chance to share with you yet about a great experience I had last month.

On Saturday, April 13, I brought the Invasive Hunter Academy to the Milam County Nature Festival at the Rockdale Fair Park.  It was a great event with over 500 people in attendance.  I was invited to participate in the festival by Dr. John Pruett and Ms. Joyce Dalley, two wonderful Milam County Master Naturalists I had met last year at the Lady Bird Johnson Wildflower Center when I attended invasive species training for citizen scientists and the Invaders of Texas Program. 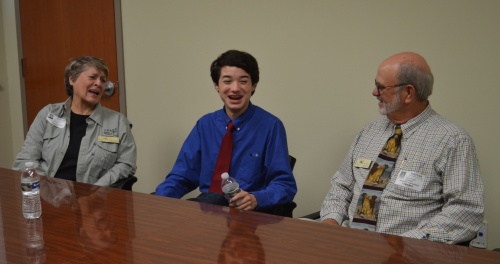 The day before, I was invited to talk about invasive species and dyslexia at the Rockdale Intermediate School by Dr. Pruett, Principal Kathy Pelzel, and Ms. Susan Boyd, ACE Coordinator for the school. I had a great time with the students–future invasive hunters for sure!

Lots of great kids came to the Milam County Nature Festival events and to participate in the Invasive Hunter Academy, including quite a few adults too!  After five hours of activities, I was exhausted but it was a lot of fun. Here are some pictures of the day: 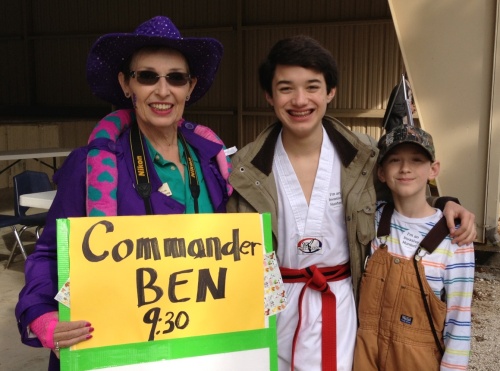 Commander Ben’s a featured festival presentation at 9:30 a.m. with the Invasive Hunter Academy going on all day 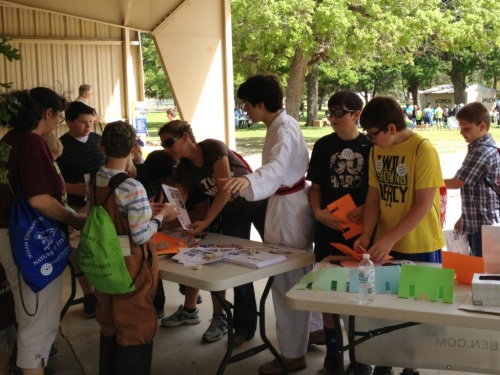 Kids having fun at the Milam County Nature Festival

Near the end of the festival, I took a quick tour around the Rockdale Fair fair grounds to take in all the sights of the other nature festival activities. There were lots of booths, including a great exhibit about butterflies and the plants they like, another about how the coyote is the only relative of the wolf left in Texas, and still another was teaching all about crayfish. I even bought one of the books about crayfish.

I want to send out a special thank you to Dr. Pruett, Ms. Dalley, and all the Milam County Master Naturalists and volunteers for inviting me to be part of their Nature Festival.  Thanks to Mr. Harper and all the young invasive species hunters that I talked with.

I had a great time and know everyone else did too! 🙂